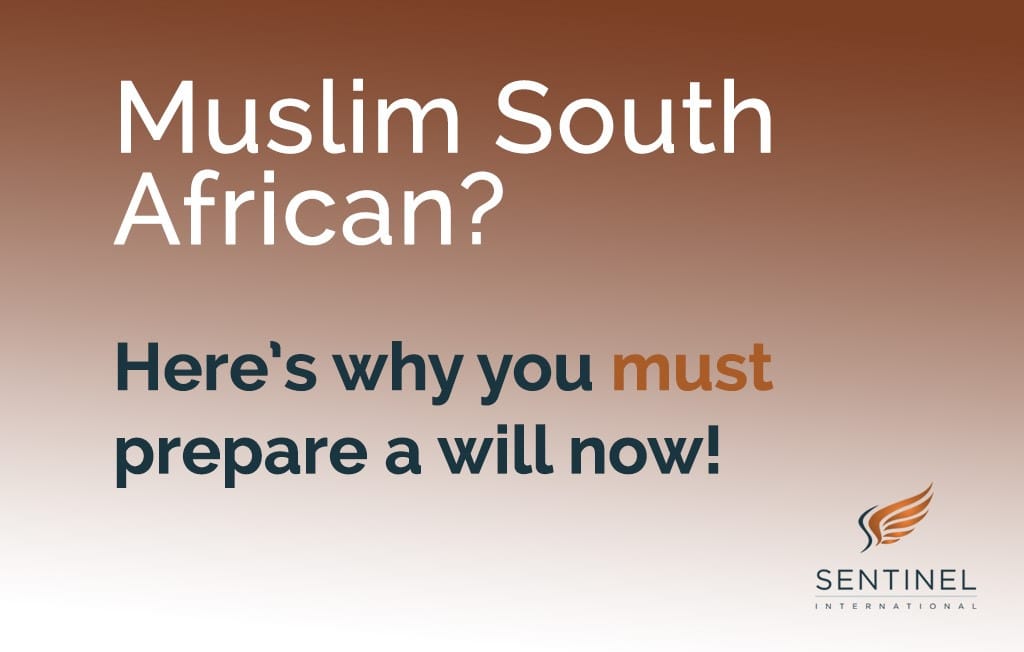 Everyone should have a will. But for Muslim South Africans who want their estate to be handled according to Islamic Law, a will that clearly states their intentions is all the more important.

While most South Africans are painfully aware of the importance of drafting a Will, there are still some citizens who do not see the need for a Will. The ability to dispose of your assets to beneficiaries of your choice is a privilege. A Will allows you to ensure that your family is provided for in terms of your wishes, in the process avoiding much unhappiness, confusion, and unnecessary conflict.

HOW DO THE LAWS OF SOUTH AFRICA INFLUENCE MY PREFERENCES AS A MUSLIM?

In South Africa we have freedom of testation. Should you choose not to draft a Will, your estate will devolve in terms of the Intestate Succession Act. This means that you’ll have no control over who inherits from you – even if you had no intention for that person to benefit.

What’s more, if no relatives (as outlined in the Intestate Succession Act) can be traced, the nett proceeds of the estate are paid to the Guardian’s Fund. If there’s no claim from a relative within 30 years, the estate will be forfeited to the State.
If a Muslim in South Africa decides not to prepare a Will, their estate will be distributed in terms of the laws of South Africa, which are contrary to Islamic Law.

PUTTING THE THEORY INTO PRACTICE

The easiest way of understanding how this will play out is to look at an example. If you die leaving a spouse, a son, and a daughter (and you were married out of community of property without accrual) the surviving spouse will inherit R250,000.00 or a child’s share, whichever is greater. The children will inherit in equal shares, irrespective of gender.
Under the Islamic Law of Inheritance, the distribution of the estate is predetermined at a ratio of 2:1 in favour of male heirs. This applies for both children and spouses.

In other words, Islamic Law of Inheritance states that your son should receive twice what your daughter receives. And that a surviving husband receives more than a surviving wife. This is contrary to the Intestate Succession Act of South Africa.

It is therefore vitally important for anyone who wants their assets to be distributed in accordance with Islamic Law to draft a Will. This must clearly stipulate that one-third of the estate should be used for legacies, bequests, and outstanding religious obligations, and that the remaining two-thirds should be distributed according to the directives of the Qur’an.
“It is not befitting for a Muslim who has something to make a Will of, to remain for two nights without having one’s last Will and testament written and kept ready with one.” (Sahih al-Bukhari, no: 2587).

Covid-19 has impacted almost every aspect of our lives, not least the manner in which…