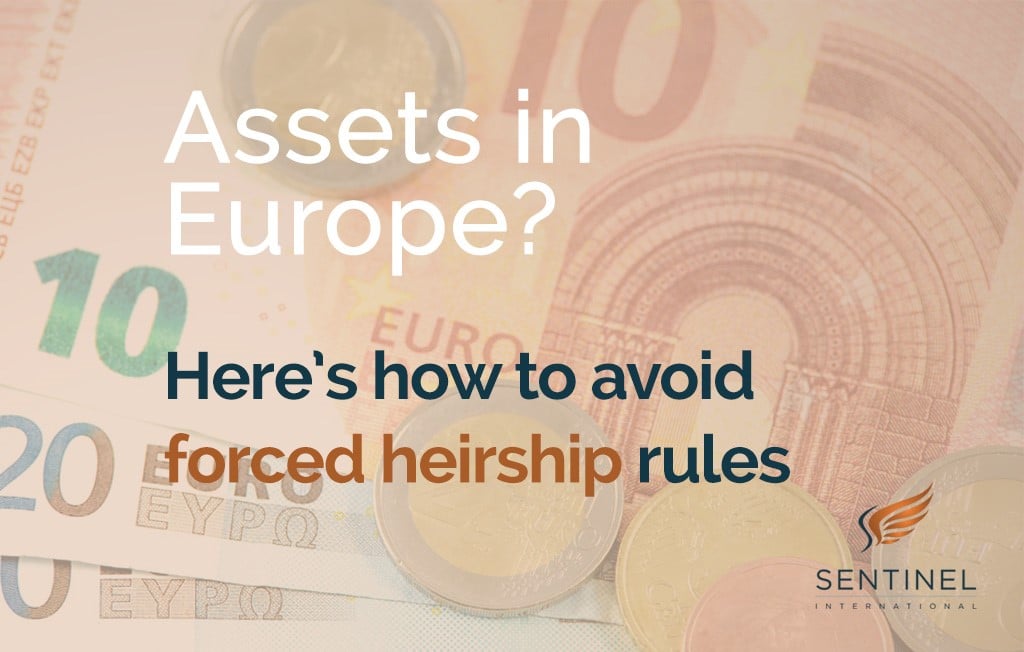 Most European countries follow a civil law system which differs significantly from South African Law. These European civil law jurisdictions include ‘forced heirship’ rules which aim to ensure that certain family members inherit regardless of what is specified in your Will. Like it or not, these family members cannot be disinherited.

The rules in the Regulation determine which laws apply to the succession of any asset situated in any of the member states. The regulation was designed to assist people in mapping out what will happen with their estates. It also simplifies things for heirs as they no longer need to deal with multiple succession laws and the legal conflicts which can arise.

How does the Regulation affect me and which country’s law applies to my estate?

The Regulation affects you if both of the following apply:

– You have connections with more than one country. You might own assets in another country or you may be a national of one country but live in another
AND
– At least one of the countries concerned is a European Union member state (excluding the UK, Ireland and Denmark).

In the member states where the Regulation applies, the default position is that the law applicable to the succession of any individual’s estate – regardless of where the assets in their estate are situated, and whether they are movable or immovable – will be governed by the law of the country where the individual was habitually resident at the time of their death.

However, this default position can be overridden if:
– You were clearly more closely connected with another country when you died
OR
– If you elect in your Will that the law of your nationality should apply instead. Multi-nationals can choose any of their nationalities.

John and Sarah, a married couple, are both South African and live in South Africa. They jointly own a holiday home on the French Riviera. If John and Sarah do nothing, the home in France will be governed by French law. This is because South Africa will wish to apply the law of the country where the property is situated and, under the Regulation, France will accept that. It is therefore likely that the French forced heirship rules will apply to the holiday home.

South African citizens (even those who are not resident in South Africa) can elect for their national law to apply to the succession of their assets situated in any of the member states. This clears up confusion and avoids any forced heirship rules.

What can I do?

If the European Succession Regulation affects you, it might be time to rethink your situation and take professional advice. While thinking about your own demise can be uncomfortable, knowing that your loved ones are taken care of gives peace of mind. Ask yourself the following:
1. Do I have a Will?
2. Does my current Will comprehensively cater to my needs?
3. Do I need a separate Will for my offshore assets?
4. Do I need to express a choice of law, as explained above, in my Will?
5. Where am I habitually resident and is that likely to change?

Never underestimate the importance of having a properly drafted Will. It will protect not only your interests but those of generations to come. Remember that it is best to seek professional legal advice when writing a Will to be sure that you are doing it correctly and that your estate will be divided exactly as you wish, with no confusion or misinterpretation.

If you are concerned about where this leaves you and how the Regulation affects your specific circumstances, the team at Sentinel International will gladly review your situation and advise on Wills and other bespoke estate-planning mechanisms.
For more information and assistance please contact Alida Malherbe directly on alidam@sentineltrust.co.za or phone our Johannesburg offices on 011 656 2722