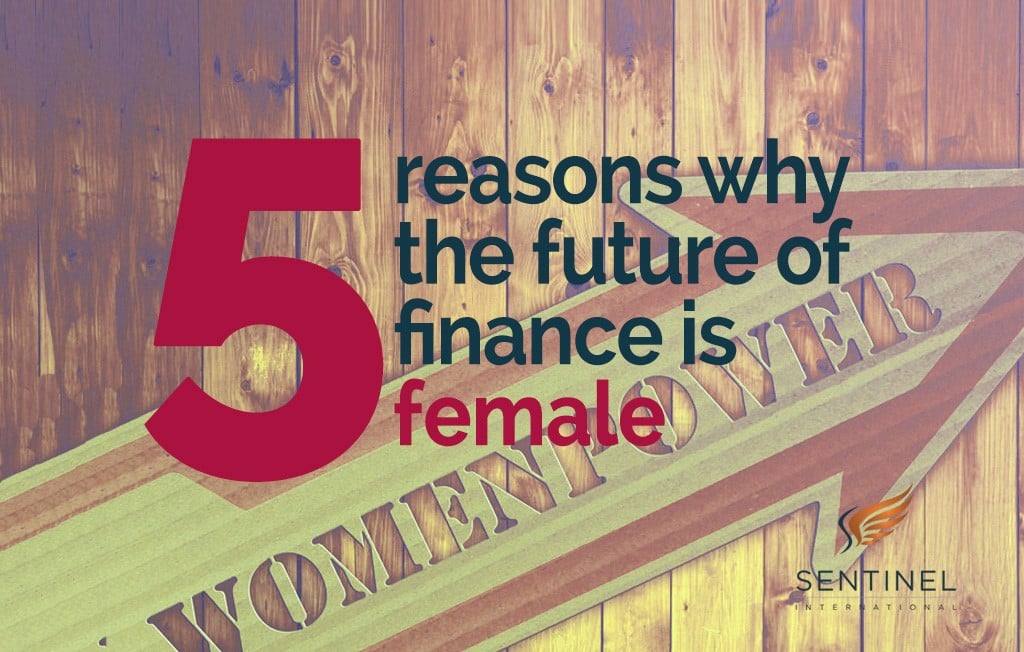 Originally written for and published by the Personal Finance Magazine

Women are making more financial decisions than ever before. Understanding the implications of this will be crucial for firms in the personal finance and fiduciary industries if they are to remain relevant.

As of this year, according to a study by the Boston Consulting Group, women are expected to hold 32% of global wealth – roughly US$72 trillion – and most of the private wealth that changes hands in the coming decades is likely to go to women.

More than ever before, it is crucial for the personal financial and fiduciary industries to understand how and where women will choose to invest their wealth. The knowledge gained will change the way that financial advisors, tax practioners and estate planners do business. Family offices will also be impacted, because women will no doubt teach their children differently to men about legacy and philanthropy.

Here are five ways in which women’s thinking differs from men’s, and how each case might affect your practice.

Goal-based investing, sometimes called lifestyle financial planning, is a relatively modern concept that has only been around for the past 20 years or so. We have a woman to thank for pointing us in the right direction – Lori Van Dusen, who is widely credited for kick-starting this investment approach. As a young financial advisor in the late 1990s and early 2000s, Van Dusen recognised that women think differently about wealth to men and she came up with a model that offered something more holistic and emotionally tangible than yet another presentation of graphs and spreadsheets. She decided to structure her clients’ investments according to their goals – a bucket for essentials, a bucket for aspirations, and a bucket for legacy. The client’s various goals would then determine the risk tolerance of the investments.

It seems so obvious now, but back then Van Dusen was an anomaly. Yet her approach was incredibly successful – her firm, LVW Advisors, currently manages about US$2 billion for families and non-profit institutions.

Financial advisors need to realise that women tend to value the client-advisor relationship more greatly than returns and industry benchmarks. Women are patient enough to ride out market fluctuations and they’re not afraid to trust the algorithm of an index fund to match their risk appetite. The technology is there and they’re going to use it. If your firm is not on board with these trends, you are potentially alienating female clients.

Women are hard-wired to build meaningful interpersonal relationships. Research has shown that they have superior memory and social cognition skills to men, which makes them better at multi-tasking and at finding solutions that work best for a group.

Because of this, women are increasingly proving themselves to be better leaders than men. A 2019 study by the Harvard Business Review in the US surveyed more than 3 000 men and 4 000 women and demonstrated that women are perceived by their managers — particularly their male managers — to be more effective than men at every hierarchical level and in virtually every functional area including the traditional male bastions of IT, operations, and legal. What’s holding women back is not a lack of capability but a lack of opportunity. When given the same opportunities as men, women are just as likely to succeed in higher-level positions.

What does this mean for a financial planning practice or a family office? It means that men actually have to listen! And firms should employ more women. Female employees need to be given the encouragement and the freedom to leverage their superior relationship and networking skills, and to build up their business confidence. Doing so will only strengthen your organisation and the industry as a whole.

Many studies back this up, including one conducted by Hargreaves Lansdown – the UK’s biggest consumer investment platform, which found that women returned an average of 0.8% more than men over a three-year period. The study points out that if this were to carry on for 30 years, the average woman would end up with a portfolio worth 25% more than the average man.

What made the women fare better? Mainly, because they made less risky financial decisions than the men. They were more likely to invest in funds with a consistent record and they didn’t hold onto lossmaking investments in the hope that they would come good, as their male counterparts did.

The study also showed that women tend to trade less frequently. Women traded shares 49% less than men and traded funds a whopping 67% less. If you distil the data, it seems that the average time a woman will hold a fund is nearly 11 years, whereas a man will only hold a fund for eight years.

George Soros famously said that good investing is boring. He’s right: the investor who constantly analyses, fiddles and tweaks will generally do less well than the investor who adopts a cheaper, less complex approach. It seems that women understand this better than men.

More so than men, women have a greater tendency to deploy their wealth in accordance with their value system. They’re unwilling to accept a trade-off between returns and social impact – they want to beat the market and do it sustainably.

There is data to prove this too, especially when it comes to women being more prone to giving than men. A report from 2018 called the US Trust Study of High Net Worth Philanthropy revealed that that 93% of high-net-worth women give to charity, as opposed to 87% of high-net-worth men. Women are also more likely to volunteer their time: 56% did so, compared to 41% of men.

One of the most high-profile examples in recent times is MacKenzie Bezos, ex-wife of Amazon founder Jeff Bezos. With an estimated wealth of US$36,6 billion, Bezos is the third-richest women in the world and one of the richest people in general. Unlike her husband, who is famously stingy with his vast fortune, she pledged to give away at least half her wealth over her lifetime or in her will.

The time for being greedy is over – and it’s bad PR. Obviously not everyone has billions to spare, but women are recognising that even if you’re modestly well-off, you can invest smartly and give generously while still living a happy and meaningful life. Philanthropy remains one of the most important factors that influences the successful transfer of family wealth across generations. With this in mind, service providers need to be creative and find investments that dovetail with the philanthropic objectives of a family. That’s how you’ll get women on board, and it’s how you’ll retain the family’s business into the future.

5 Women are fed up

International movements like #MeToo are slowly turning the tide against gender-based violence and abuse. Men in power are no longer getting away with it and the average man is thinking twice about the way he treats women. Casual sexism is no longer funny or okay.

This has led a worldwide boost in confidence for women: they no longer want to earn less than their male colleagues at the same level in business and they’ll no longer step aside when it comes to managing the family finances. They’re not going to accept the male tendency to treat maternity leave as some sort of temporary disability, and they’re going to push back if you try and suggest that an eight-to-five office day is mandatory, especially in the wake of the Covid-19 pandemic and what it has taught us about being flexible and working remotely.

Outside the workplace, change is also coming fast. The majority of young people at universities are women, and women prime ministers like Jacinda Ardern in New Zealand and Sanna Marin in Finland have offered models of compassionate yet emphatic leadership – and a glimpse of what politics might look like in a better world.

To sum up, women are more patient than men, with a stronger appetite for goal-based investing. They’re masterful at relationships and often make more effective leaders. Women care more than men – they will start divesting from companies and brands that fail to champion women, or human and environmental rights in general. Women also give more, opening the door to creative charity opportunities.

None of this is bad news. In fact, it’s great news! But it does mean that the predominantly male finance industry needs to change. More work needs to go into understanding how and why women invest, and many more women need to be empowered in advisory positions to drive the change.