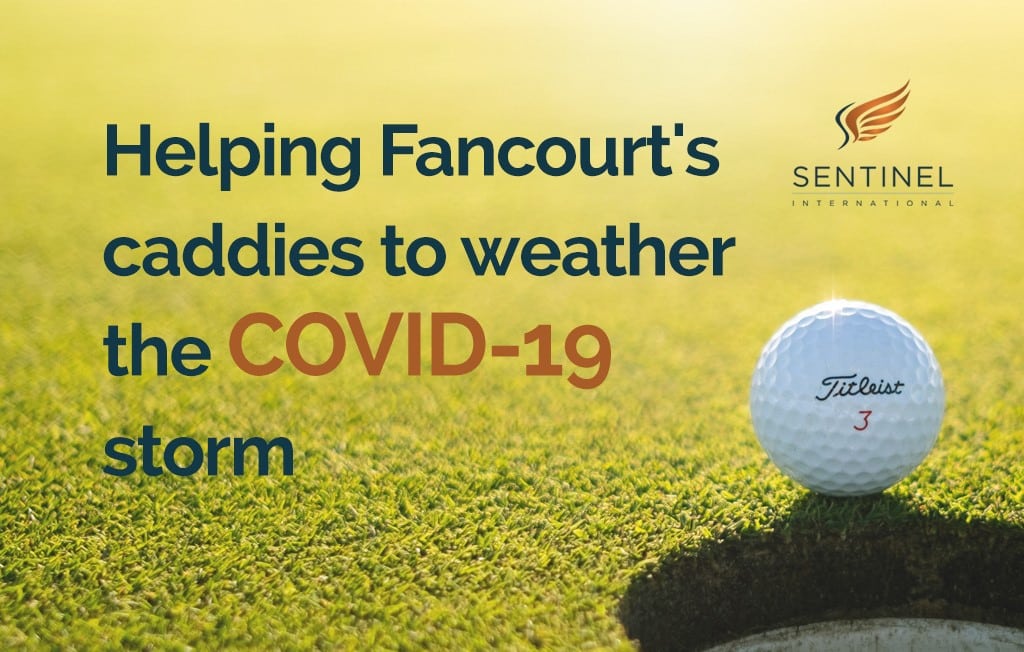 Since March this year, the Fancourt Caddie Foundation Trust has distributed over R1.5 million to 131 caddies who haven’t been able to work for almost six months. The Trust’s work has been made much easier by the pro bono contributions of Sentinel’s Joint Managing Director, Dale Irvine. 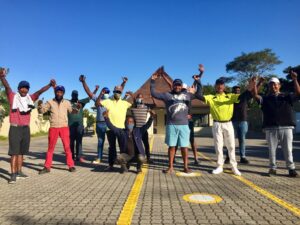 Aiden Abrahams has been a caddie at Fancourt for almost 20 years. “I started off as a small boy picking up golf balls on the driving range,” he remembers. Now 33, Aiden splits his time between weekend caddying and midweek carpentry jobs. When COVID-19 hit he was suddenly left with no way to feed his family. “I don’t even have words to describe how tough that was,” he says.

The financial support from the Fancourt Caddie Foundation was a real lifesaver says Aiden: “The way in which people came together has helped us tremendously.”

A sudden change of plan

Providing a financial lifeline for Aiden and the other caddies required a lot of behind-the-scenes work from Trustees Sonja Bland, Shelley Mackay and Sentinel MD Dale Irvine who all serve pro bono. The Fancourt Caddie Foundation Trust was established in 2016 with the dual purpose of helping Fancourt’s regular caddies (caddies only earn when they get a ‘bag’) through the quiet winter period and of upskilling and educating them to develop alternative sources of income.

When COVID-19 hit, the Trust hadn’t reached the donations threshold required to commence operations (as stipulated in the founding documents), explains Sonja. “But suddenly we were faced with a situation where caddies had lost their income overnight.”

While the immediate temptation was to use the funds already collected to help the caddies financially, this was not an option explains Sentinel’s Dale Irvine. “Many of the donations came with conditions attached so we could not change how we used them.” Dale and Shelley’s advice in this regard was invaluable, says Sonja. But it didn’t bring the Trustees any closer to putting cash in the hands of the caddies… 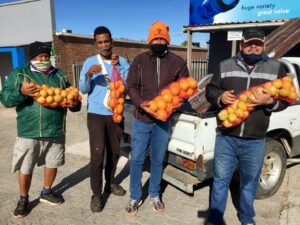 Some members of the Fancourt community have also assisted the caddies in other ways.

On 25 March 2020, the Foundation sent out an appeal asking all members for financial contributions to support the caddies through the lockdown period. Less than a week later, thanks in part to a sizeable contribution from the owners of Fancourt Golf, they had already collected in excess of R600,000!

And the donations didn’t stop there. To date, the emergency fund has taken in a total of R1.95million – of which R1.517 million has already been distributed to caddies. But the Covid storm has not yet passed. While caddies are back at work now, golfers are more reluctant to hire them due to social distancing concerns and income remains seriously curtailed. The caddies know that they need a Plan B, and further donations will be required for the Foundation to help them to realise this dream.

Communication has been key in handling such an emotional and ever-shifting situation. While Sonja has kept the members apprised of the details of the situation (how much money has been collected, how much more will be needed…) via regular email updates, Dale has fielded many of the caddies’ concerns with regular Whatsapp and face-to-face Q&A sessions.

Aiden and the other caddies are full of praise for the way Dale has handled the situation: “Dale Irvine has been transparent from Day 1,” says Aiden. “He always tells us that if we can find other work we must take it. And he’s made it very clear that he will never compromise the integrity of the trust. You know where you stand with Dale.”

The Foundation has also sponsored each caddie a ‘Covid backpack’ which contains facemasks, hand sanitiser and a place to carry their own food and raingear (they usually put these in the players’ bags).

It may be years till things return to ‘normal’, but Aiden is happy to report that he got his first post-lockdown ‘bag’ last weekend. While it would certainly be a stretch to call Covid-19 a ‘blessing in disguise’, it has at least raised the profile of the Caddie Foundation among Fancourt members.

All three Trustees are confident that in the not-too-distant future they will have received sufficient ‘regular’ donations to finally start implementing the programs that were the actual reason for the Foundation’s establishment. “It’s great to be able to look towards the future again,” says Sonja. “To focus on upskilling and education.” 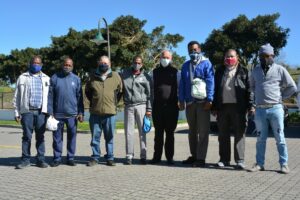 Dale Irvine (fourth from right) with the Fancourt Caddie Committee.

To find out more about the Caddie Foundation, or to make a donation to this worthy cause, follow this link.