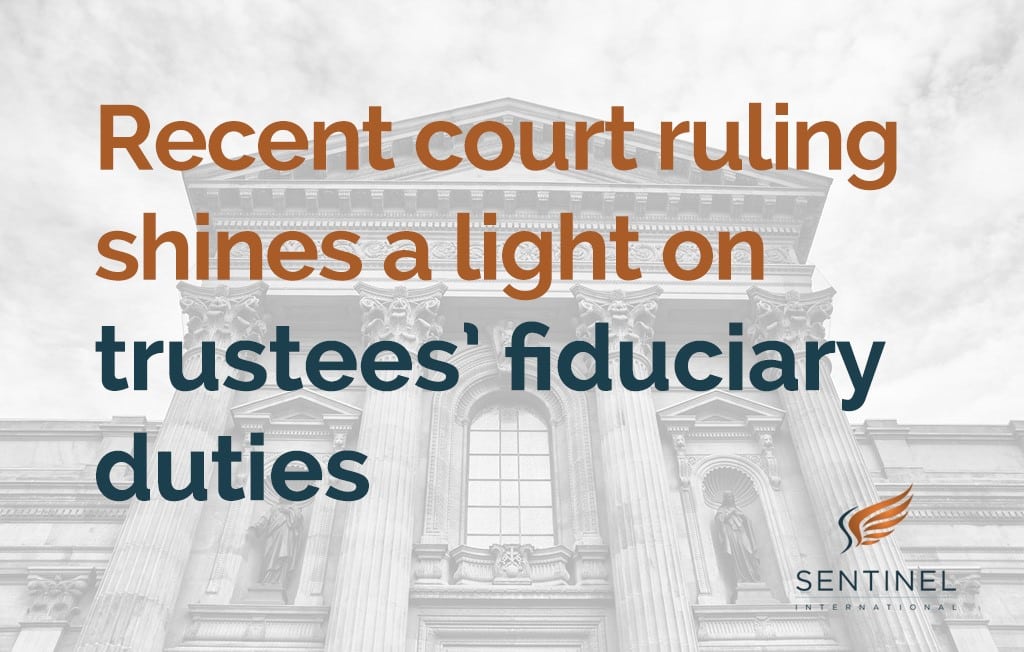 A recent Appeals Court ruling reminds us that being a trustee comes with serious moral and legal obligations. A trustee can never choose to ‘look the other way’ and must always call out potentially dubious actions.

Who can be a trustee?

Generally, any natural or legal person can act as a trustee. The law sets no special requirements or qualifications for trustees. But it stands to reason that a trustee should possess the necessary knowledge and skill (legal, commercial or otherwise) to conduct the administration of a particular trust.

But what is fiduciary duty?

In Phillips v Fieldstone Africa (Pty) Ltd,[i]a case that dealt with the liability of an employee to his employer for secret profits made by the employee out of an opportunity that arose in the course of his employment, the court opined that “There is no magic in the term ‘fiduciary duty’”.It held that the existence of such a duty, and its nature and extent, are factual matters to be deduced from a thorough consideration of the substance of the relationship between the relevant parties and any relevant circumstances affecting the operation of the relationship.

The essential requirement for the establishment of a fiduciary duty is that one party must stand in relation to another in a position of confidence and good faith, which he is obliged to protect.

What it actually entails

There are three fiduciary duties that a Trustee must discharge when administering trust property. These duties are the duty of care, the duty of impartiality and the duty to account. However, a trustee’s task does not end there. She must ensure that she complies with her specific duties which are imposed either by the common law, statute (the Trust Property Control Act) or by the trust deed. A trustee can only properly fulfil her fiduciary duties if she fulfils these specific duties.

It, therefore, stands to reason that trustees can be held personally liable for defaults in trust administration. What if an individual aides/assists a trustee in the preparation of a breach of trust – could they be held liable?

In September 2012, the trustees of the SH Trust decided to sell immovable properties held by the Trust. Two other trusts, the SF Trust and the JA Trust, were the beneficiaries of the SH Trust. In February 2013 the first respondent (A), one of the trustees, indicated that he wanted to buy the properties from the Trust. Of this, R90m related to a property referred to as the SARS property, as SARS was the tenant.

A chose to have the properties transferred to a company, Z, which he owned and controlled. In November 2013, Z sold the SARS property to another company, D, for R110m. The first appellant (B) brought an action for breach of fiduciary duty against A and alleged that, at the time A offered to purchase the properties through Z, he knew that D was eager to buy the SARS property. B, therefore, alleged that A acted contrary to his fiduciary duty towards the Trust and its beneficiaries by making a secret profit on the subsequent sale of the property. B claimed from Z, on behalf of the SF Trust, half of the profit made on the SARS property. A attacked the claim by way of exception, saying that Z owed no fiduciary duty to the Trust and that its actions in buying and selling the SARS property were, therefore, not wrongful. The Kwa-Zulu Natal High Court struck out the claim against Z and agreed that the appellants failed to make out a separate and independent case grounded in delict. The Court reasoned that Z was a separate entity and that there was no proof of (delictual) wrongfulness on its side. The SF Trust appealed.

The Supreme Court of Appeals overturned the High Court’s decision and stated that the law imposes fiduciary duties on certain persons, including trustees, which requires them to act in good faith when dealing with the affairs of other people. It ruled that where another party is aware of the breach of fiduciary duty by a trustee, and participates and benefits from it, such a party’s conduct is wrongful and, therefore, subject to delictual action if the other requirements are met.

What the ruling really means

The legal convictions of the community dictate that a third party, who was aware of the trustee’s breach of duty, shares the liability of the person breaching their fiduciary duty, not because they owe a similar duty to the beneficiaries/injured party, but because the act of enabling, facilitating and aiding the breach renders the third party equally liable for the loss suffered by the injured party; in this instance, the beneficiaries of the Trust.

This is a timely reminder to all trustees (and others who occupy positions with fiduciary duties) to act in accordance with their fiduciary duties. This is about more than just abstaining from acting when you are conflicted. It’s about actively choosing not to look the other way.

Choosing to have Sentinel appoint an independent trustee is one way of ensuring that this happens.