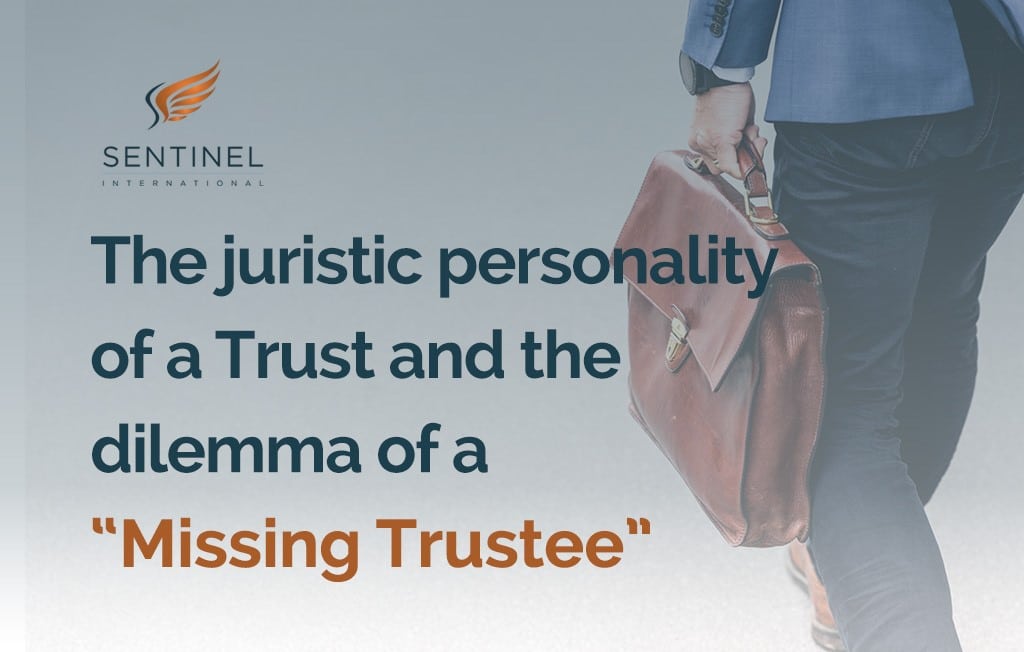 Choosing trustees is a serious business, as trustees are held individually responsible for the decisions of the trust. But what happens if a trustee goes missing?

A trust is described in law as being sui generis. This means it is a unique entity in a class of its own, as confirmed in the matter Braun v Blann & Botha NNO and Another [1984].

A trust is not regarded as a juristic person, because the trust itself is merely a collection of assets and liabilities. All trust property is held by the Trustees in their official capacity as the representatives of the trust. So, it follows that the Trustees can enter into litigation rather than the trust itself. (When it comes to tax matters, however, a trust is regarded as an entity of its own.)

Putting the theory into practice

In the recent matter Tusk Construction Support Services (Pty) Ltd and Another v Independent Development Trust [2020], the summons incorrectly cited the Independent Development Trust as the Defendant, instead of naming the Trustees in their representative capacity. The Supreme Court of Appeal then had to decide whether the summons should be thrown out entirely or whether it could be ‘cured’ by way of an amendment that named the individual trustees and not the trust itself.

The Appeal court ruled that, in layman’s terms, the argument was moot. The judgement referred to the matter Imperial Bank Ltd v Barnard NO and Others [2013], where the court held that “where the parties can be put back in the same position as they were when the pleading which is sought to be amended was initially filed, the amendment should be granted.”

The court emphasized that “in this case, all that Tusk Construction and Joint Equity Investments sought to remedy was to insert the proper citation of a defendant, by citing the IDT’s trustees in their representative capacity. Nothing more and nothing less.”

The applicants were accordingly granted leave to amend their combined summons by substituting the names of the Trustees for the Independent Development Trust.

The importance of trustees

The above case, among others, highlights the importance of the office of Trustee. There is no “getting out” of the role once it has been accepted and made official. When someone becomes a trustee, fiduciary duties are placed on them as set out in the Trust Property Control Act, 1988 (“the Act”). The authorities will always seek out the Trustees in the end.

In the matter Land and Agricultural Bank of South Africa v Parker [2005], Judge Cameron stated that:

…it is only through the trustees, specified as in the trust instrument, that the trust can act. It follows that a provision requiring that a specified minimum number of trustees must hold office is a capacity-defining condition. It lays down a prerequisite that must be fulfilled before the trust estate can be bound. When fewer trustees than the number specified are in office, the trust suffers from an incapacity that precludes action on its behalf.

What if a trustee goes missing?

This brings us to the question of what happens when there is a “missing” Trustee. By this, we mean a Trustee who has not resigned or died but who takes no part in the administration of the trust.

In many cases where a quorum (i.e. a majority of Trustees) is present, the current Trustees can continue to act without taking any action to replace the absent Trustee. Such administration can only however continue to a point. Where all Trustees are required to sign documentation – to deregister the trust, for instance, or to make changes to the Letters of Authority – the participating Trustees are required to furnish the Master of the High Court with reasons why the absent Trustee is no longer in office.

While this absent Trustee might well be in breach of their fiduciary duties in terms of Section 9 of the Act, the onus falls on the current Trustees to present supporting documents regarding the now-absent Trustee. This will involve drafting affidavits, contracting tracing agents and other related activities. This is all carried out at the cost of the trust/trustees and will delay the process substantially.

Trustees often don’t realize the repercussions of not acting swiftly (i.e. insisting on a letter of resignation) when another Trustee becomes inactive in the administration of a trust. The Master of the High Court will not, without supporting documents, simply remove a Trustee from office in terms of Section 20(1) of the Act.

Sentinel has encountered a trust where a “missing” trustee was found to be imprisoned due to his involvement in a major fraud syndicate. The matter involved considerable investigation to obtain documentary evidence to submit to the Master of the Court in support of our application for the Trustee’s removal in terms of Section 20(2)(a) of the Act.

Likewise, a ‘missing’ trustee could be held responsible for unscrupulous Trust decisions made in their absence.

How to avoid problems

Trustees are advised to regularly ensure that all Trustees are available and contactable. Annual Trustee meetings are highly recommended. As is the contracting of professional trust administration services to control, among others, the record keeping of the trust. The Letters of Authority must always be updated timeously. Trustees must bear in mind that where Corporate Trustees are liquidated, undergo name changes, or changes in company nominees, the Letters of Authority must be reviewed immediately.

Founders and Trustees must ensure that the character of Trustees is impeccable or face the consequences. A single untrustworthy Trustee, even if they are a ‘missing’ trustee, can have serious repercussions for your trust.

At Sentinel International, we have the expertise to manage your trust professionally and ensure that your trust always remains legally compliant.