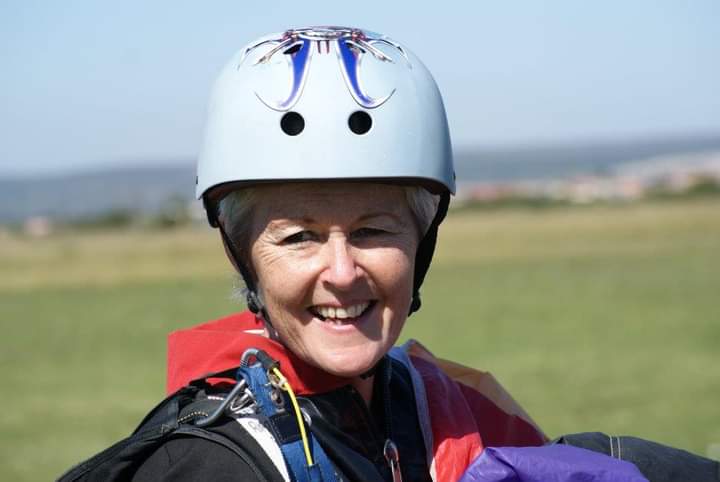 Sentinel’s Gqeberha representative hasn’t always had it easy. But she’d rather go bungee jumping than cry into her cornflakes.

When Sue Clark got home from America in 2008, she had hit rock bottom. After enduring the loss of two children, the collapse of her marriage and the decimation of her life savings, she had reached a point where “I didn’t even own a toaster.” As “a 52-year-old divorcee in the new South Africa,” Sue was the first to admit that the odds were stacked against her. But this didn’t prevent her from trying to claw her way back up.

Johann de Vos (manager of our PE branch at the time), who had kept in touch with Sue ever since they’d worked together at ABSA in the 1980s, invited her to apply for a job at Sentinel. Sue didn’t have a lengthy list of qualifications behind her name, nor did she have much experience with deceased estates. But Johann had other reasons for bringing her on board: “I knew I could trust her and that her work ethic was second to none,” recalls Johann. Even more important than that, he knew that, after all Sue had been through, she would have “utmost empathy for clients who were dealing with the loss of a loved one.”

Sue has gone on to become an absolute rock for Sentinel, who often says, only half-jokingly, that she’d like to die at her desk. “I’m not the kind of person to have regrets,” says Sue. “But I do often wish I’d found Sentinel earlier on in my career.”

These days, Sue is a very involved and proud grandmother. She lives in a cottage on her son’s property and sees a lot of all three grandkids. She also takes great pride in her children’s successes: Candice is a talented state prosecutor in New Brighton, and Gary is a highly sought-after commercial diver. His work has taken him all over the world (although PE is still very much home).

Sue is proof that being a gran doesn’t have to mean slowing down. In addition to walking 2500km every year, she’s a self-confessed adrenaline junky. Sue has sky-dived, bungee jumped, scuba dived, rock jumped and ziplined – all as “a middle-aged to old woman.” Whenever the stress builds up, she explains, “I do something brave. Then I’m good for a few months.”

Sue’s also imposed her preferences on our year-end functions. Thanks to her, we’ve been horse-riding with the Big 5 in Addo Elephant National Park and ziplining in the mountains near Grabouw. And in December 2021, she persuaded a few friends to join her in walking with – and feeding! – the elephants in Addo.

Sue had a “wholesome” childhood in Uitenhage as one of four kids to parents who showered their children with an abundance of love. She knows how lucky she was to walk to midnight movies with her siblings and take family drives into PE on a Sunday for ice creams at the Sugarbush.

After matriculating, Sue found a job at a bank. “I didn’t study because I wanted to go farming with my husband to be.” A couple of years later, that dream came true and, after getting married, the young couple moved to the family dairy and chicory farm near Alexandria. Sue loved farm life, and she was also close enough to town to continue to work at Standard Bank.

I get knocked down

In 1980, after much anticipation, the Clarks welcomed their first child into their world. Unfortunately, their baby boy, Scott, had to spend his first night in ICU. But when the doctor broke the news that he had passed away overnight, Sue was in a state of complete shock. “It had never even crossed my mind that I’d be leaving the hospital without a child.”

While Sue continued to work at the bank and, before long, gave birth to Candice, she can see in hindsight that Scott’s death was a significant turning point in her life story. A couple of years later, Sue gave birth to another daughter, Megan, and a son, Gary – but this was not the end of her challenges. When the drought of 1988 forced the Clarks to sell their farm, Megan was diagnosed with a terminal illness. She died in 1995 at the age of 10. “She told me before she died that she knew where she was going,” Sue remembers. “And that it was better than here.” Sue clung to this thought in the years that followed…

But I get up again

When Sue got back from America thirteen years later, without a cent to her name, she couldn’t have imagined that her life was about to get a whole lot better. Eighteen months after her return Johann asked her to interview at Sentinel, and the rest, as they say, is history. Over the past eleven years, Sue has become an exceptional estates administrator with an incredible ability to connect with clients in their time of need. She explains that the banking background was useful, but she has “learnt a huge amount on the job. Sentinel really is like a family, and there’s always someone you can ask for help…No matter how stupid your question may seem.”

There’s also a sense of fun: “One April Fool’s Day Coralea really got me,” she remembers with a laugh. “She had me running around all day trying to track down a Mr C. Lyon who’d asked for help drafting his Will.” The number he’d supposedly left went through to the Oceanarium!

When Johann transferred to our Cape Town branch, Sue became Sentinel’s sole representative in PE – a role which she has really made her own. “It’s not easy being out on your own,” says Johann, who speaks from personal experience. “But Sue has become an integral part of the wider Sentinel team. I don’t know anyone who doesn’t respect her.”

“If you quantify Sue by her bank balance, she is dirt poor,” he adds. “But if you quantify her by the input and influence she has over her friends, family and colleagues; she is a multi-millionaire.”

A self-confessed nerd who admits to dreaming about tax, Jean-dré’s also got a wicked sense…